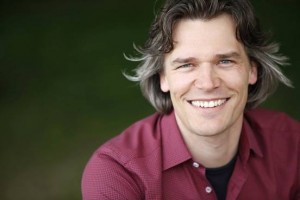 He graduated on a research project investigating the post-surgical neuropsychological effects of deep-brain stimulation in Parkinson’s Disease patients. Following his doctoral education, he conducted research on the effects of anxiolytics on driving performance under supervision of Prof. dr. J.G. Ramaekers at the same university. In 2005 Tim started his PhD-research investigating the effects of hypnotics and anxiolytics on cognitive functions and driving performance supervised by Prof. dr. W.J. Riedel and Dr. A. Vermeeren. This resulted in the dissertation titled ‘Hypnotics and Anxiolytics: Field and laboratory measures of drug safety in driving performance and cognitive functions’ which was successfully defended on October 9th 2009.

After a post-doc period of two years, Tim left the academic world and continued his career at the research department of a large Dutch electronics company. Currently, he works as a Senior Scientist and conducts behavioral scientific research for the development of technological innovations for mental health and wellbeing.

The themes of Verklanking’s music productions are closely related to Tim’s personal and professional interests. All topics, such as auditory illusions, the brain, human behavior, are topics on which he has focused or has been focusing during his education or at his jobs. Besides that, percussion has played a vital role in almost his complete personal life. He has been a member of a number of percussion ensembles since his was six years old and since the early 90s Tim plays the drums in a rock band.

Tim is passionate about psychology and neuroscience and regards himself as an ambassador of these fascinating disciplines. He loves getting people enthusiastically about the brain and human behavior. He believes that combining the aforementioned topics and music is only naturally.