Vincent Cox (born December 23th, 1973 in Ittervoort, The Netherlands) is a percussionist at the Netherlands Radio Philharmonic Orchestra. 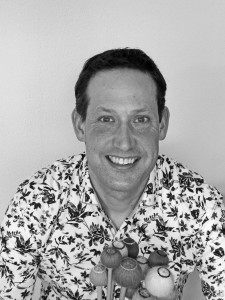 Besides working in the orchestra, Vincent composes music for percussion ensembles and orchestras. His music is released under the label of Dutch Music Partners (www.dmpnet.nl).